If you’ve ever seen Disney’s Zootopia (and if you haven’t, you should), then you’re familiar with the movie’s anthem “Try Everything.” Zootopia’s beloved pop star, Gazelle, sings of learning from experience, working hard, and trying new things.

The lyrics capture the journey of Victor Charoonsophonsak (’17, mechanical engineering). The Alaska native arrived at the WSU Pullman campus in 2013. A lifelong aviation buff, he planned to parlay his degree into a career working for Boeing.

Charoonsophonsak eventually interned for Boeing (and for Hewlett-Packard), but didn’t end up pursuing a career in the aerospace industry. In fact, he didn’t go into engineering at all, despite majoring in it. Instead, Charoonsophonsak learned from experience, worked hard, and tried new things at WSU. His ventures led him on a different path to success—as an entrepreneur.

After graduating from high school, Charoonsophonsak thought he knew exactly what he wanted to do with his life. He had grown up sharing a love of airplanes with his father in Barrow, Alaska (aka the “Top of the World”). They’d drive to the airport together and watch planes take off and land. He had planned on a career in aviation or aerospace.

As a freshman, Charoonsophonsak worked on fuel cell research with Honors College Professor and Dean M. Grant Norton, who is also a materials science professor. During his second year, he worked in the lab of Jacob Leachman, another professor in the School of Mechanical and Materials Engineering, on hydrogen liquefaction studies that could lead to new, sustainable energy technologies.

Charoonsophonsak learned an immense amount about research methods through those hands-on opportunities. The experience he gained would later help him in his professional life. He also learned something very important about himself: that he didn’t want to spend his career in a lab. He preferred to work more directly with people.

So he tried something else.

Charoonsophonsak earned a coveted summer internship with Boeing, where he put his engineering skills to use building a stowage box for 737s. He enjoyed the work, but it still wasn’t the right fit. Luckily, he could still get his airplane fix by participating in WSU’s aerospace club.

By the end of the summer, he realized that his passion for airplanes didn’t necessarily have to translate into a career at an aerospace company.

“I can still enjoy just flying on an airplane, seeing them at airports, and nerding out about that stuff without having to work on them,” Charoonsophonsak says. “That was a big, big turning point in my life.”

It wasn’t until his senior year that Charoonsophonsak really found his groove. First, he joined the Associated Students of Washington State University as the senator for the Voiland College of Engineering and Architecture. Then he invented a smart thermometer to help reduce antibiotic-resistant diseases in Africa. That was a big deal.

The thermometer project started during his senior capstone course for the Harold Frank Engineering Entrepreneurship Institute. The Institute teaches technological entrepreneurship to juniors and seniors in multiple disciplines: engineering, communications, and business. Students team up to create a product and a business plan to present at the Carson College of Business’ annual Business Plan Competition.

The course has produced many success stories and patents. For example, 2016 graduates Katherine Brandenstein and Emily Willard invented a groundbreaking product to sterilize needles. 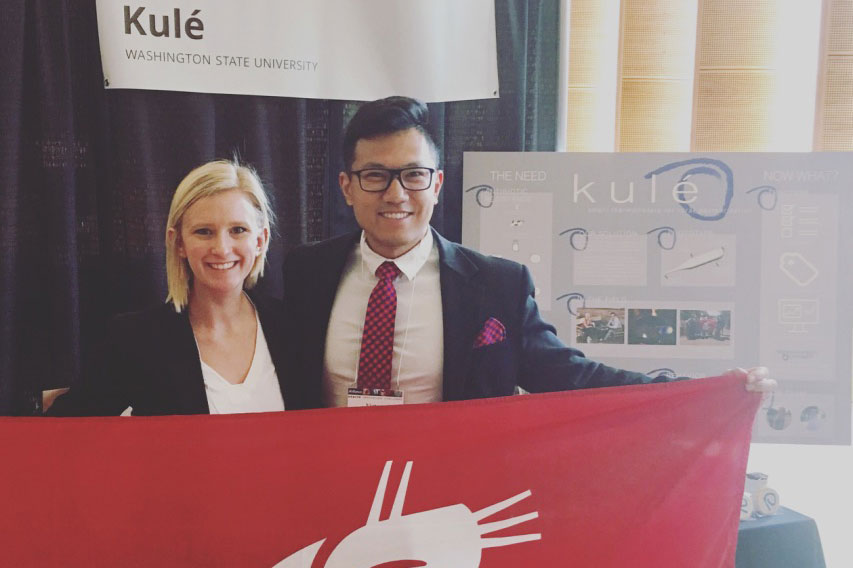 Charoonsophonsak paired up with Annalise Miller, a mathematics and entrepreneurship double major from Federal Way, Wash. Together they formed Kulé, a company named for the Maasai word for milk. Their aim: to help and encourage people in developing countries to pasteurize their milk.

“1.7 million Maasai villagers in Tanzania and Kenya are at an increased risk [of potentially lethal illness] due to their consumption of poorly heat-treated milk,” Charoonsophonsak says.

The digital thermometer ensures that milk is heated to 70 degrees Celsius for 30 seconds before being cooled. When milk reaches the correct time and temperature, a green LED light on the thermometer turns on. 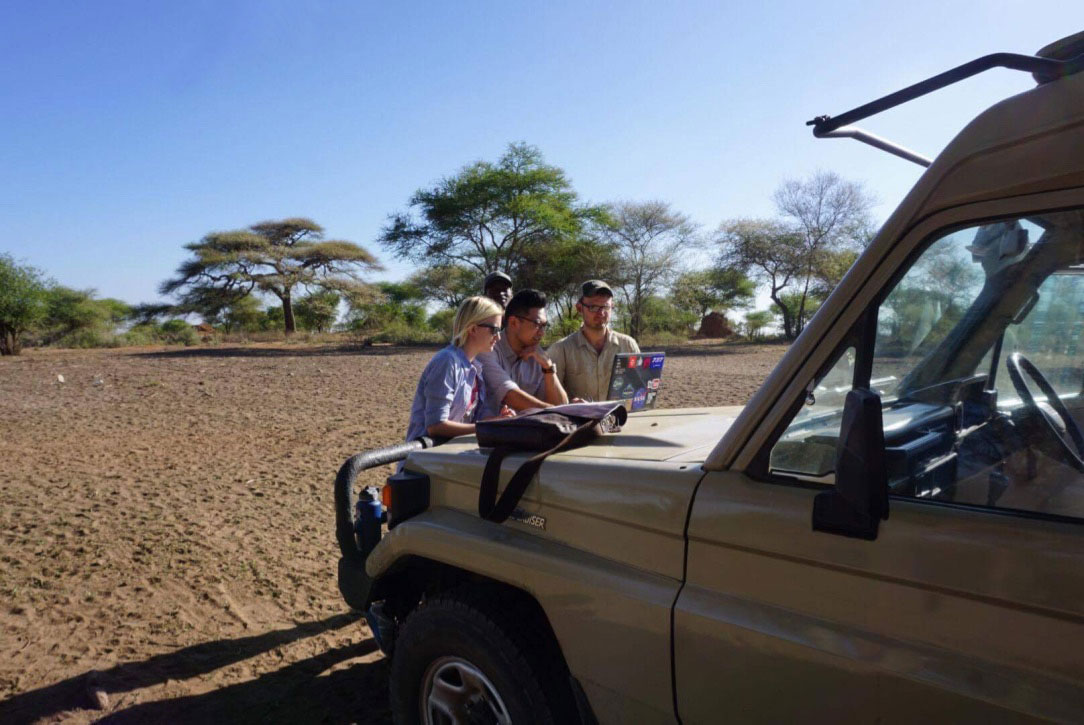 To test their prototype, Charoonsophonsak and Miller traveled to Tanzania for two weeks in January 2017. Among those accompanying them were Brandenstein, Willard, and entrepreneurship professor Marie Mayes. The students interviewed villagers, showed them the thermometer, and learned what worked well and what improvements they needed to make.

Charoonsophonsak and Miller also pitched their ideas in entrepreneurship competitions. Kulé came in sixth at University of Washington’s Health Innovation Challenge and earned third place in the WSU Business Plan Competition—along with awards for Best Presentation and Best Social Impact.

Today Charoonsophonsak and Miller are ramping up their work on Kulé. Allen School post-doctoral researcher Mark Caudell recently returned from Tanzania, where he conducted further testing of their thermometer.

Caudell found that Maasai women are more likely to heat-treat their milk if trained to pasteurize. He offered Charoonsophonsak and Miller suggestions for changes to the thermometer design. He plans to do a second round of testing in which he’ll leave the thermometer with villagers.

“We’re ready to move into the next stage of developing our technology.”

“We’re looking to apply for funding through the Amazon Catalyst program at WSU,” Charoonsophonsak says. “We’re ready to move into the next stage of developing our technology.”

Also during his senior year, Charoonsophonsak kept an eye out for career opportunities. He applied for several positions, and in spring semester he chose between two great offers. He is now a management consulting analyst for Accenture, a professional services company in Seattle.

So how does a mechanical engineering major/airplane nerd/student politician/entrepreneur (and floral tie enthusiast) end up working as a management consulting analyst in downtown Seattle? It’s simple: Charoonsophonsak is insatiably curious. With his entrepreneurial mindset, working as a consultant provides the perfect atmosphere for growth. He’s found his niche.

“Every day is a new challenge. I’m coming in to work and there’s something always new and exciting for me to look forward to.”

In his role at Accenture, Charoonsophonsak works with clients all over the country to transform their businesses. On some days that means helping with data analytics or web development and design. On others, it might mean cybersecurity or project management. Regardless, Charoonsophonsak helps build something from the ground up, interacts with people, and makes a positive impact.

“Every day is a new challenge. I’m coming in to work and there’s something always new and exciting for me to look forward to,” he says.

Charoonsophonsak gives a nod to WSU. His engineering classes taught him how to solve problems and leverage resources. His work in student government taught him how to empathize and connect with others. Through Kulé, he learned to communicate, work on a team, and start a business.

“WSU gave me a springboard to feel like I can go out and solve anything I want,” Charoonsophonsak says.