One step at a time

Ryan Summers graduated from Washington State University on December 9 with a sensational resume: a bachelor of science in computer engineering, his name on a patent, selection as a Rhodes Scholar finalist, numerous awards for outstanding scholarship and undergraduate research, and a 4.0 GPA. And that’s just a start.

It’s an impressive set of achievements. In addition, Summers is determined to do his part to make the world a better place—a goal he’s already advanced as an undergraduate.

How did he achieve so much in so little time? A powerful intellect took him far. Propelling it were other secrets to success: ferocious tenacity and a desire to try new things.

Summers’ professional interests lie in “pervasive computing,” a concept of embedding computer technology into a vast range of devices that connect with one another. Together these devices could support our daily lives in limitless ways.

The Stanwood, Wash., resident wants to devote at least part of his career to building and improving self-driving cars. Because these cars communicate with one another, they have the potential to avert accidents, perhaps saving thousands of lives, he says.

He has always loved tinkering with “robots and other contraptions.” 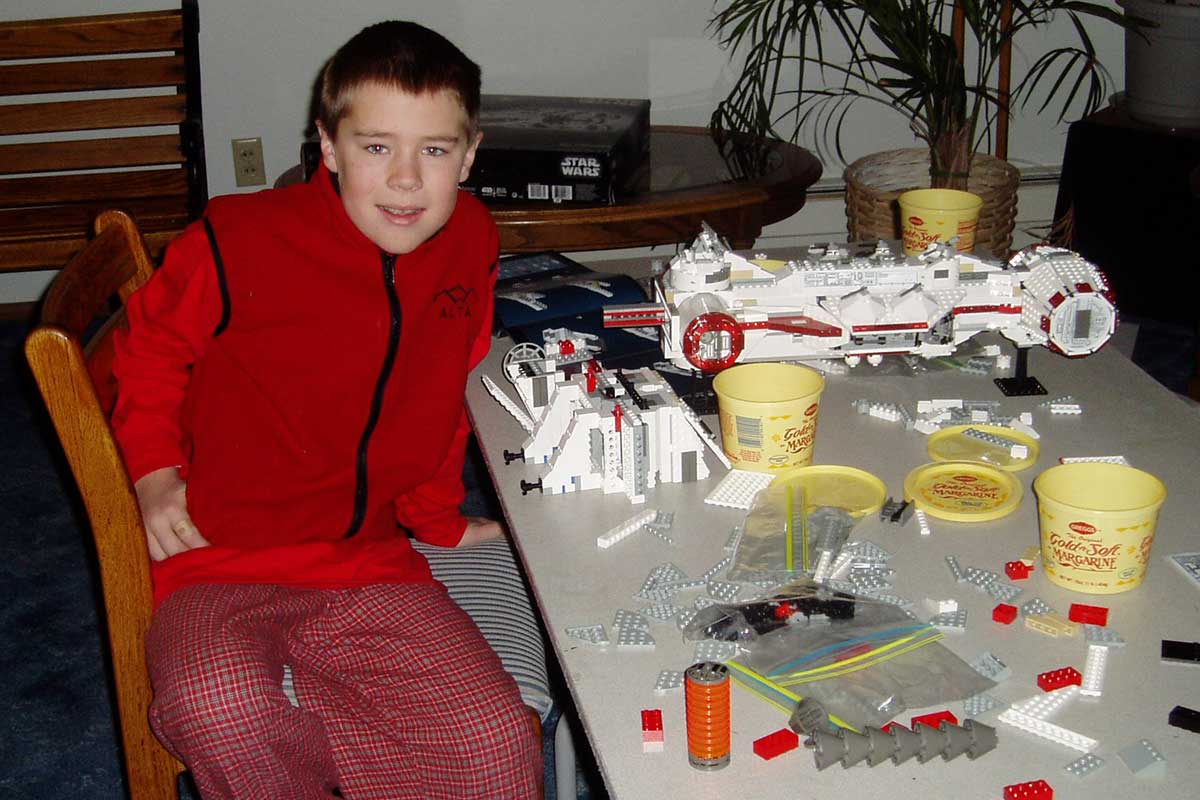 At age 10, Summers constructed a Lego model of a Star Wars Blockade Runner spaceship that won second place at the Washington State Fair, one of the biggest fairs in the world and the largest in the Pacific Northwest.

He went on to build his first computer from assorted parts.  As a teenager, he earned the rank of Eagle Scout by designing and building an entrance kiosk and campsite signs for a new park near his home.

He was also consumed by online computer games, despite his father’s suggestion that he redirect his time to more worthy pursuits.

“What could you do with your time if you weren’t on your computer so much?” his father would ask.

“My rebellious self didn’t want to listen,” Summers confesses.

“What could you do with your time if you weren’t on your computer so much?”
E. Kevin Summers’ question to his son when Ryan he was a teenager

In 2013 he came to the WSU Pullman campus as a Regents Scholar with plans to major in electrical engineering. (He later switched to a computer engineering major.)

Near the end of his freshman year, Summers noted how much time and mental energy he was spending playing computer games. He realized that he was missing opportunities. While he was at WSU, he needed to take advantage of everything that the University offered.

He made a decision: Game over.

Not long before, Summers had learned an important lesson about reaching a goal.

As a senior at Lakewood High School in Marysville, Wash., he climbed the jagged, 8,681-foot Sahale Mountain in North Cascades National Park. At his side was his software-engineer dad, WSU alumnus E. Kevin Summers (’81 electrical engineering).

“That moment began to mold my attitude toward life. I learned to deal with life’s challenges by continuing to put one foot in front of the other.”

When father and son crested the mountain’s lower arm, the full face of the summit came into view. A steep, rocky pitch led up to the glacier just below the peak. Summers realized how difficult the climb would be. His legs felt like they were going to give out.

“Part of me wanted to tell my dad to go on without me, while another part refused to give up,” he recalls. “I resolved to keep pushing forward and told myself that I could do it if I just kept putting one foot in front of the other.”

He pressed on throughout the morning. The slope of the rocks became less steep. He could see the summit ahead. To his astonishment, he made it to the top. 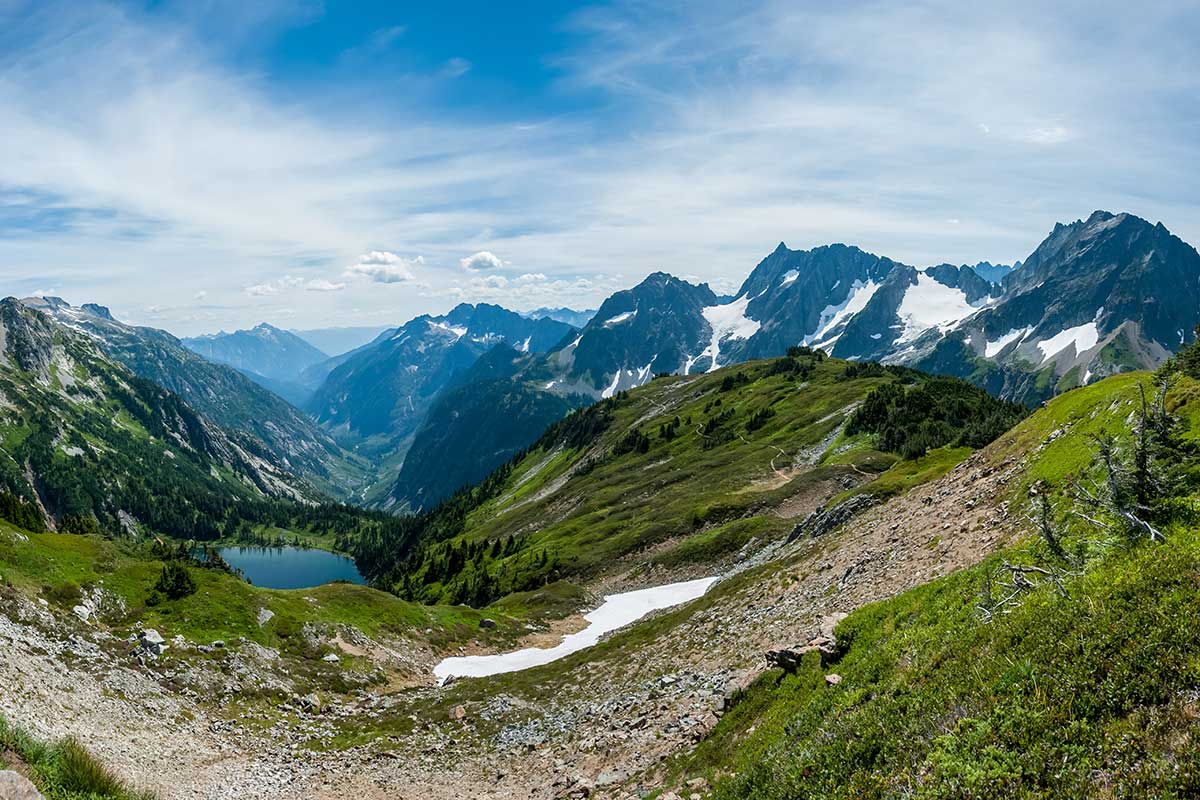 “That moment began to mold my attitude toward life,” he says. “I learned to deal with life’s challenges by continuing to put one foot in front of the other.”

After giving up computer gaming, Summers vowed to try new things. He immersed himself in a range of activities.

Like his brother Mark (’17 mechanical engineering), he joined the Palouse RoboSub club. Its members collaborate each year to build an autonomous submarine for an annual international competition in San Diego.

Club projects provided Summers with a variety of real-world computer engineering experiences: working on embedded systems, designing circuit boards, firmware programming, 3D modeling, and even some high-level software programming. He learned how to tackle real-world engineering challenges, over and above what he learned in his classes.

In 2015, Summers landed a German Academic Exchange Service (Deutscher Akademischer Austausch Dienst, or DAAD) award. It enabled him to take summer courses at Germany’s Hochschule Zittau/Görlitz—University of Applied Sciences. There he investigated the use of parallel machine-learning algorithms to solve complex scheduling problems.

With support from the WSU Honors College, he presented findings from his German research at a November 2015 conference at the University of Science and Technology of China.

In Pullman, Summers took on more big projects. He secured a research position in WSU’s Laboratory for Statistical Genomics. The lab researches parallel computing in Genome-Wide Association Studies (GWAS). The studies observe genetic variants in different people to see if any are associated with specific traits. The lab develops tools that correlate physical attributes of an organism to genetic mutations within their DNA.

GWAS can require days or weeks of continuous processing on a computer. Under the direction of principal investigator Zhiwu Zhang and post-doctoral researcher Meng Huang, Summers explored ways to accelerate the process up to 2,000 times using Graphics Processing Units—microprocessors on a graphics card that run the calculations needed to render an image. The trio is working with the WSU Office of Commercialization to prepare the technology for the marketplace.

In 2016 and 2017, Summers interned at SpaceX, entrepreneur Elon Musk’s aerospace manufacturing and space-transport services company. The company has an ambitious goal: enabling human life on Mars. Summers developed programs for flight computers that are now used on the company’s famous Dragon commercial spacecraft, designed to deliver cargo and people to orbiting destinations. Summers’ exceptional job performance resulted in his appointment as lead engineer on a project.

Summers’ academic strength and extracurricular work earned widespread recognition at WSU and beyond.

Among his many awards were the 2017 WSU President’s Award for Leadership and the Voiland College of Engineering and Architecture’s Senior of the Year Award. He won more than a dozen scholarships, including a 2-year national Goldwater Scholarship and a 4-year WSU Regents Scholarship.

WSU President Kirk Schulz, in his letter endorsing Summers for a Rhodes Scholarship

This fall Summers became WSU’s first Rhodes Scholar finalist in more than three decades. A Rhodes Scholarship is one of the highest honors for American college students. It recognizes intellect, character, leadership qualities, and a commitment to the common good.

Rhodes Scholars are an exclusive group. For 2018, just 32 scholars from the U.S. were selected from a pool of 866 candidates. Summers was one of 16 selected for the Northwest region. Nominees are the best of the best, each one the top pick of their respective college or university.

When applying for the scholarship, Summers received a strong letter of endorsement from WSU President Kirk Schulz.

Summers celebrated commencement with his dad, mother Beverly, and brother Mark. He plans to return to Germany in 2018. He will take classes at Technische Universität Dresden to complete requirements for a second WSU degree, in German. The knowledge he gains will equip him to engage with fellow engineers around the world. 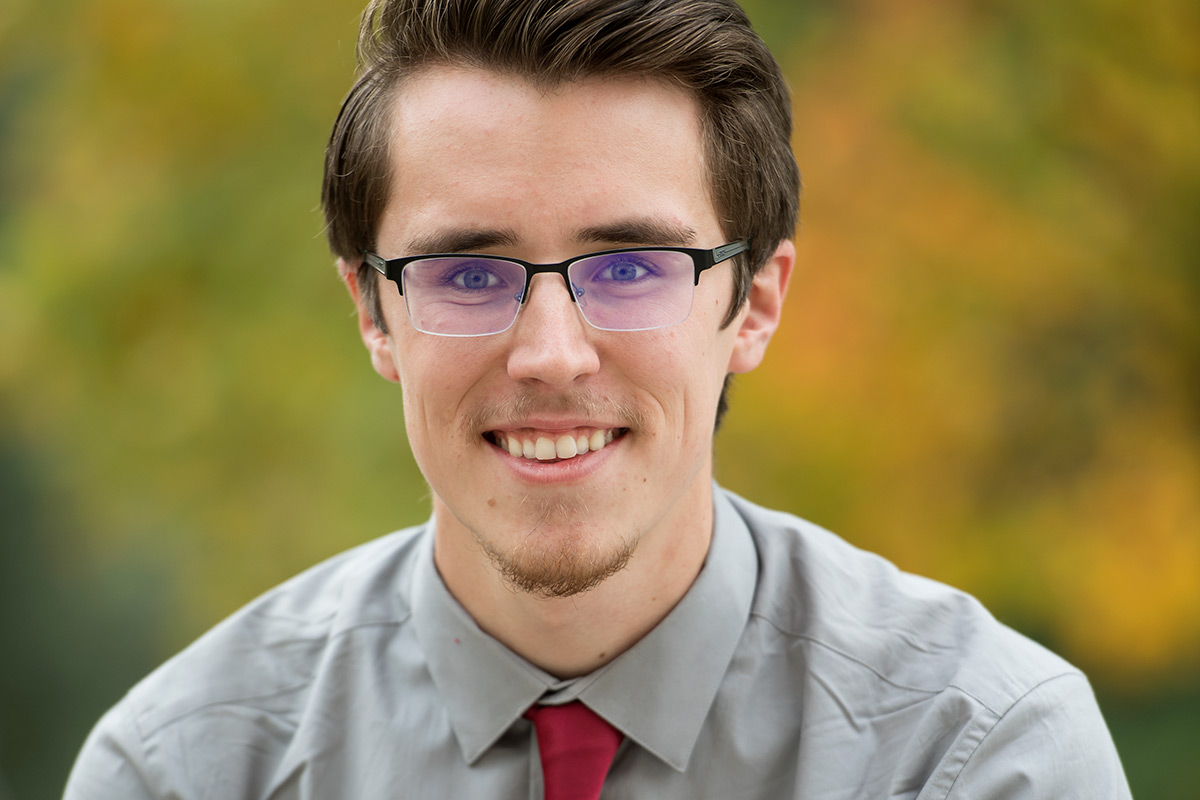 “Maybe I’ll start a company with friends from the Palouse RoboSub club. We have talked about a robotics startup, one that uses ‘swarming algorithms’ so that robots, on their own, work together,” he says.

Summers encourages incoming WSU students to immerse themselves in activities. “Don’t be afraid to take on a lot of really big projects,” he says. “Because nothing is impossible.”

Tenacity is important, though. Summers described one project that continues to elude success.

For several years he has collaborated with his dad to develop a “Mow-Bot,” a small robot that can cut lawns autonomously. He wrote C code to control two motors that run simultaneously and designed the layout for a custom circuit board.

Did it perform as expected?

“That one is still a work in progress,” Summers admits.